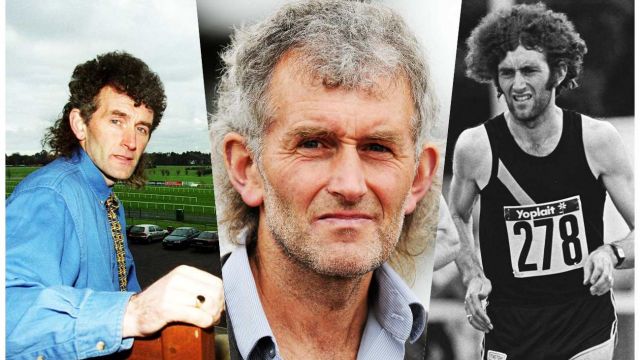 Brothers Pearse send our deep condolences to the family and friends of Jerry Kiernan.

Jerry's achievements as an athlete on the road and track are well documented and put him well up on the list of greats of his sport. His 9th place in the 1984 Olympic marathon, his two Dublin Marathon wins, plus a host of other titles and records will ensure his place in Irish athletic history.

For many of us though we will remember him as a great coach, pundit and promoter of athletes in Ireland. A man who spoke his mind without fear or favour. You knew that when he talked about a particular subject that here was someone speaking a lot of sense.

Jerry visited our club on a number of occasions. Those of us lucky enough to be there to hear his views always felt enriched by the advice he gave. His thoughts and views were always given clearly and he relayed simple messages on how we could all be better runners. Jerry was equally as enthusiastic in mentoring us slower runners as he was with the many elite athletes he coached.

Finally, we would also like to offer our condolences to Eamonn Tierney who was a good friend of Jerry for many years. We know that this is a sad time for you Eamonn, but you too are in our thoughts.

May Jerry Rest in Peace.